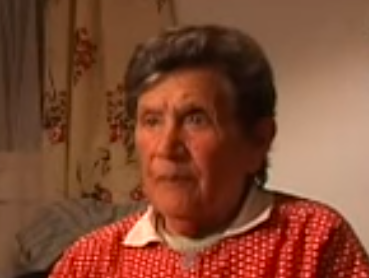 When Peretz Markish Came to Polonne

With the Last Train

Frida Zak remembers her young adult life in a nutshell, including her education, family’s suffering in evacuation and beginnings of a life after World War II. Although this resume of her life does not convey the hardships Frida and her family endured during World War II, her account nevertheless demonstrates her power of endurance and reintegration into society after the war.

In the first days of the war, the Soviet government in Moscow established an Evacuation Council, initially headed by Lazar Kaganovich, the Commissar of Transportation who himself had been born and raised in a small shtetl near Kiev. The Council was responsible for coordinating the orderly relocation of critical industrial and consumer infrastructure from the warzone to the Russian interior, where it was imagined industrial output could be preserved with limited interruption. The Council privileged the evacuation of people and entities that were crucial for the military and industrial needs of the state, singling out engineers, workers in factories critical for industrial and military output, youth fit for military service, and state and party elites. Family members of those individuals fitting into these categories were later added to the list. No specific provisions were made for the evacuation of the rest of the civilian population, and at no point was the evacuation of the Jewish population prioritized, despite the mortal danger Jews who fell under German rule faced. The Council also adopted a scorched earth policy, ordering the destruction of all valuable resources that could not be evacuated, so that the enemy--not to mention the civilians caught under enemy rule--would be deprived of even the most basic necessities.

The lack of official sanction and governmental assistance in preparing for evacuation, though, did not stop hundreds of thousands of Jews from fleeing in advance of the German army. Many Jews were able to evacuate as part of the official evacuation because they were represented among the state and party elite or other categories scheduled for evacuation.

These chosen evacuees were often able to bring along family members and even friends on the special trains allocated for this purpose. As word of the atrocities being committed to the west spread, though, most Jews recognized the necessity of flight and took desperate measures to flee. Those who did not make the official list took what they could and headed east. Many Jews had to use their own initiative to evacuate without government assistance.